Aaargh! Late again. I had the collage done, but no time to scan it. I know, excuses, excuses. My collage for week 26 (half the year has gone by already!) uses vintage ledger paper with vintage wall paper, a Russian rubber stamp, a vintage ad from John Wanamaker & Co , and a piece of an envelope with 3 stamps from India.

For those of you who may not know, Wanamaker's was a Philadelphia based department store (the first) founded in 1869 by John Wanamaker. He later had stores in New York, London and Paris. Wanamaker was also a US Postmaster General under President Benjamin Harrison. The department store no longer exists but is now part of the Macy's chain. You can read more about John Wanamaker here.

Numbers are the inspiration for week 25 collage. I started with a background of vintage ledger paper and a lotto ticket (sadly, not a winner). On top is collaged the numbers from one to ten. Some are from type specimen books from House Industries, two are stamps and one is a vintage ticket.

Red and Yellow (catch a fellow)

Been sick so the collage for week 24 is a tad late. I actually had it done on time but food poisoning makes one not want to work on the computer. This week's collage theme, if I had to pick something, would be red and yellow. Vintage wallpaper, a variety of tickets and rubber stamps made from erasers. It started to get a little out of hand so I had to just stop, and say "done".

Here is another collage on paper. Week 23 incorporates lots of vintage type, tickets, postage stamps, money and washi tape. All came out of my box (boxes!) of goodies. I seem to have a lot of ephemera in red and cream...I wonder why. My collage is named 3 Georges for the 3 George Washington images on the postage. 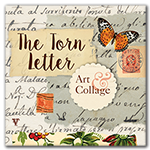 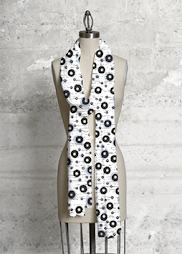